I’ve written a fair few grant applications over the past five years and this project was a result of the first ever successful application I wrote in 2017 – from the Canterbury-Bankstown Council to hold an event during Refugee Week.

In addition to my work with Sydney Creative Play I was a founding member (and formerly a Convener) of the grassroots activist network Mums 4 Refugees. Through M4R I had helped develop a playgroup with the Canterbury City Community Centre in Lakemba, where there is a large asylum seeker population. The playgroup brought in our volunteer mums with local mums from refugee backgrounds. 4Cs provided an English teacher and some of our volunteers would work on helping the ladies develop their English skills while the rest would help mind the children who played nearby.

This project was a joint effort of this playgroup and Sydney Creative Play’s playgroup in Canterbury. The Refugee Week theme that year was “with courage let us all combine” and it inspired us to bring together members of both playgroups to create a collaborative art piece. We liked the idea of a mosaic and had some ideas for how we could make this simple enough for our young kids to participate in.

Luckily, one of our volunteers had a family member who was skilled in creating mosaics and she gave a group of us a crash course and guidance on the supplies we would need. We decided we would create two chalkboards with mosaic squares as a border. Each participant would get a square and create their own design. The finished boards would then be hung in the 4Cs community garden in Lakemba. 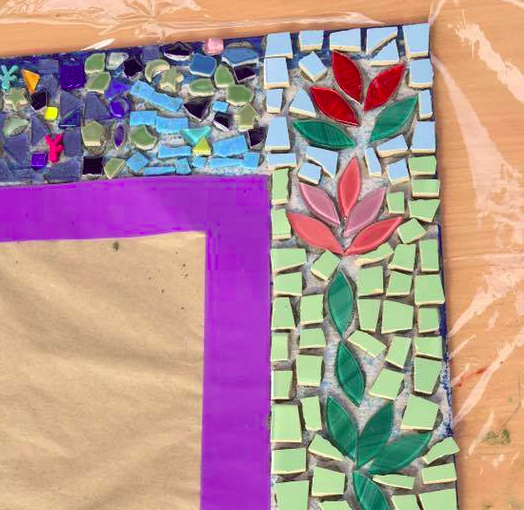 The garden theme ended up inspiring many of the pieces. Once the volunteered had mastered (well, semi-mastered) the technique we then held workshops with the Canterbury and Lakemba playgroups where kids and their parents could design their pieces using the tiles with blu-tack on cardboard, and following the workshops we transferred them onto the blackboards. 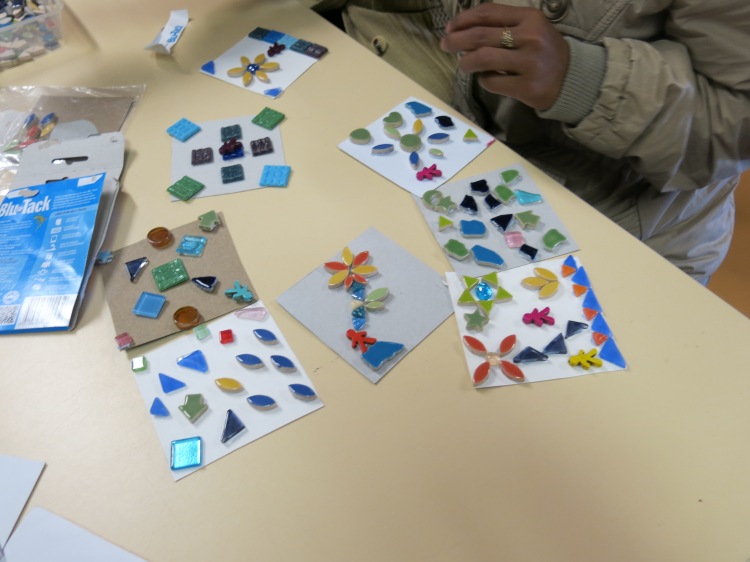 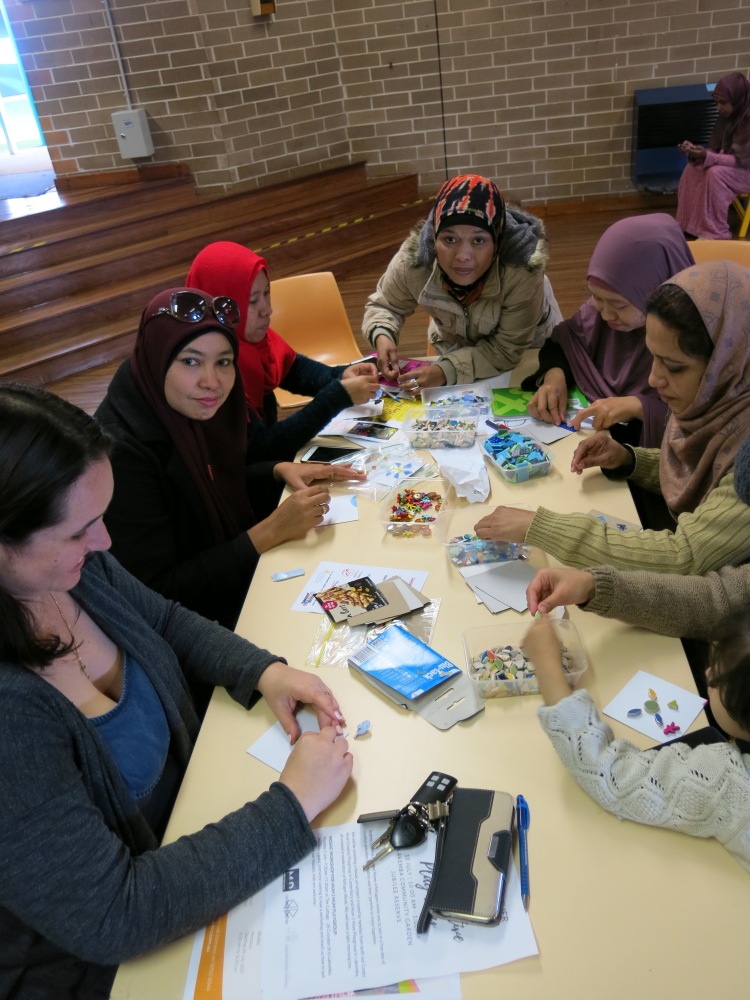 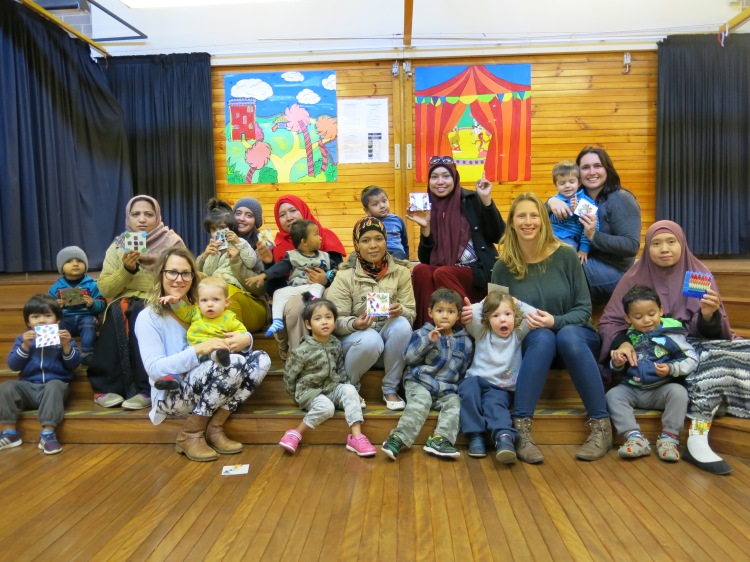 I have to admit, I had never done any mosaic work and I rather enjoyed learning a new artform. It was a bit theraputic, even!

A lot of work went into creating the pieces and we held a free community event to unveil them at the garden called “Create Together, Grow Together”. We hired Hani Abdile, a local poet from a refugee background to speak at the event and perform several of her pieces, which were quite moving. 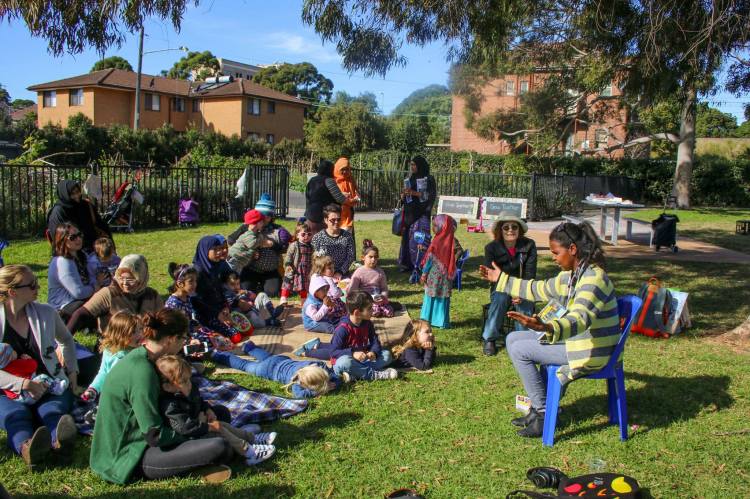 The remaining grant money went towards food and supplies for some additional art activities. I do love a good theme, so we carried the gardening idea over. I dyed black eyed peas and pumpkin seeds (in the shell) in different jewel toned colours and we used them to create playdough mosaics. 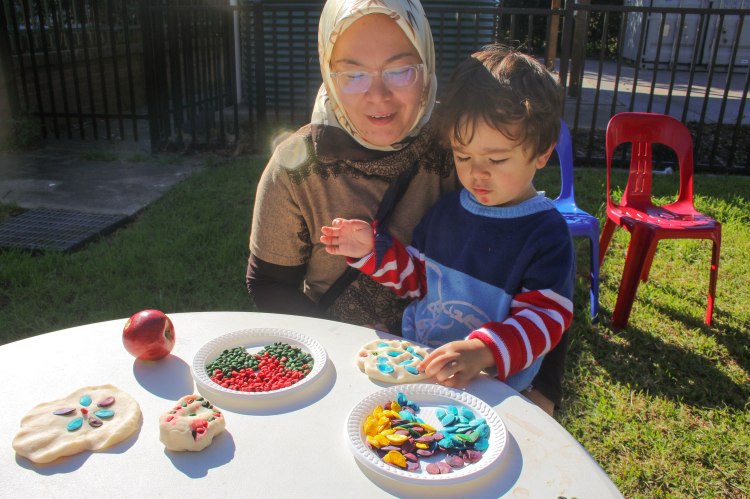 We also used natural materials – colourful leaves and flower petals – and contact paper to make these gorgeous sun-catchers. Plus the more standard colouring sheets and chalk for drawing on the footpath. 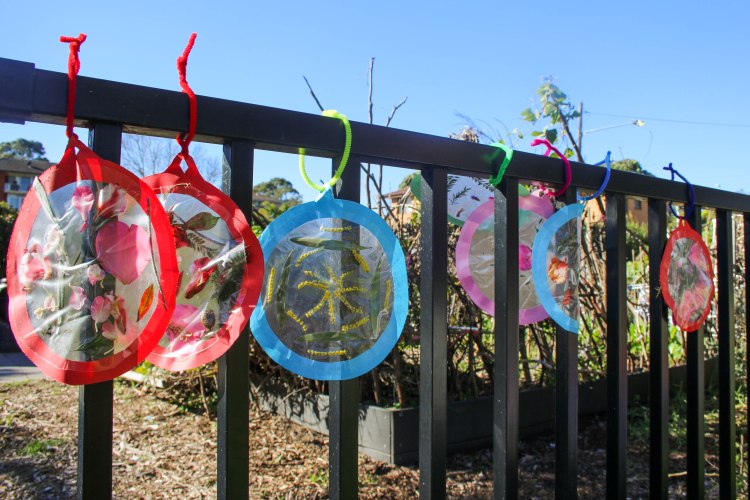 It was a real delight to unveil the final pieces that everyone worked so hard on. 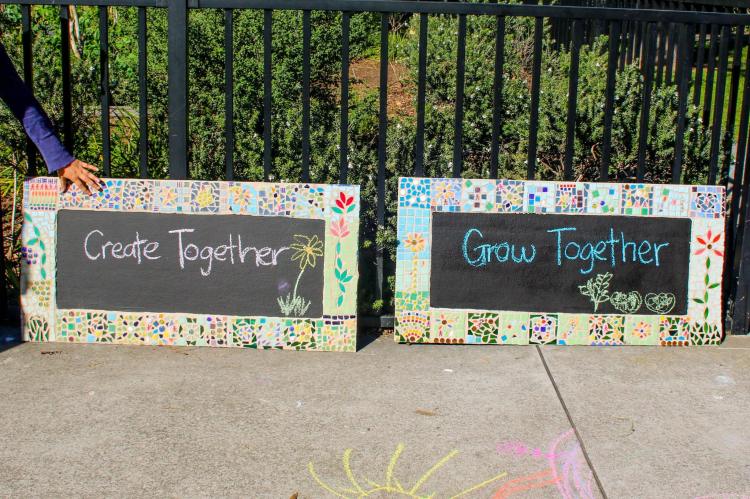 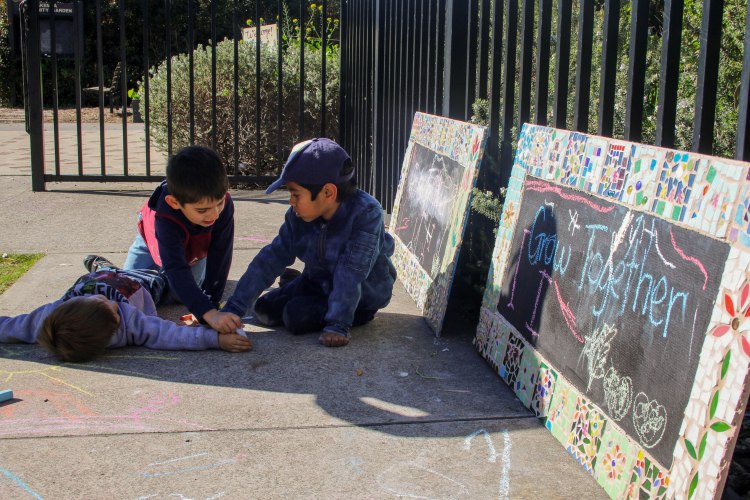 While the artworks were a gorgeous collaboration, what I loved most about this project was bringing together all of these families who might not otherwise have ever gotten to know each other – and that’s really what the theme of the week was all about.

This site uses Akismet to reduce spam. Learn how your comment data is processed.