Today I have to give some major props to my (soon-to-be) sister-in-law Charlotte who made my kids probably the coolest Christmas gift ever: an interactive puppet theatre. This thing is truly a work of art.

She designed it all herself and it’s got so many little details, from the red velvet curtains and decorations on the facade to the hand-painted interchangeable backdrops.

Because it’s so special I admit I’ve been hesitant about letting the kids play with it. They don’t have the best track record of not destroying everything, particularly Nikolas. So since Luella had a friend come over for a playdate after school, that seemed like a good time to bust it out! 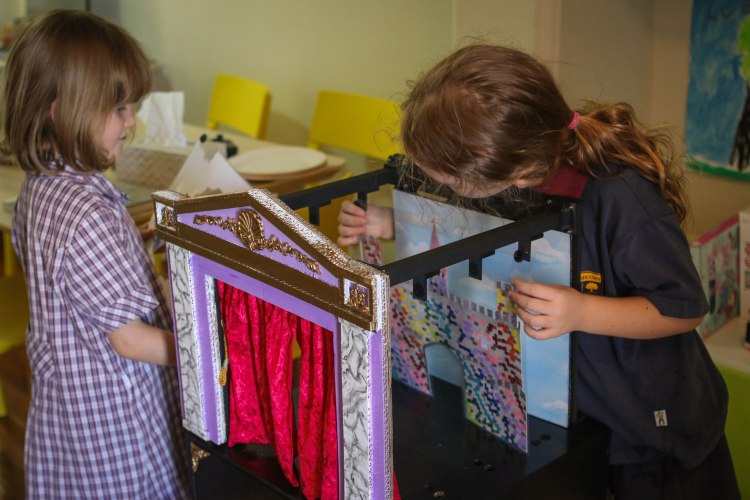 The backdrops are laminated and held in place with velcro dots and can be used in combination to create depth or one at a time as scene changes. Some of the scenery is more general – castles, rainbows, jungle – and some are taken from some of Luella’s favourite movies.

She created laminated characters as well that can slide in and out with little holders attached to sticks (that were 3D-printed by my brother-in-law… having creatives in the family is pretty awesome). And everything packs away into the drawer underneath the stage for easy cleanup. She thought of everything! 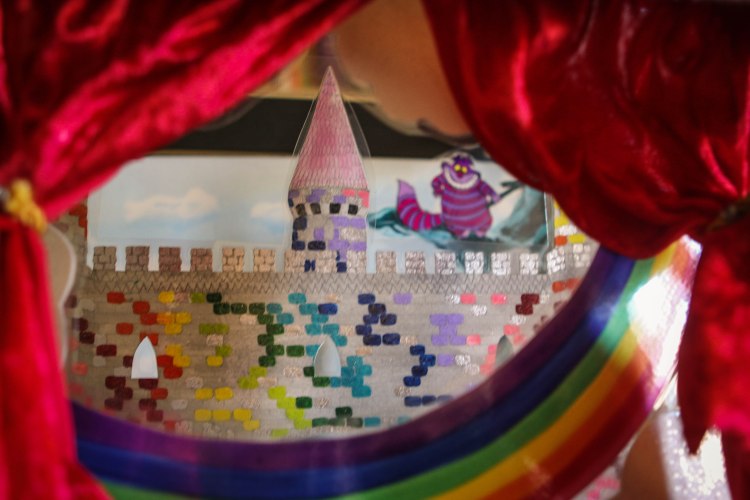 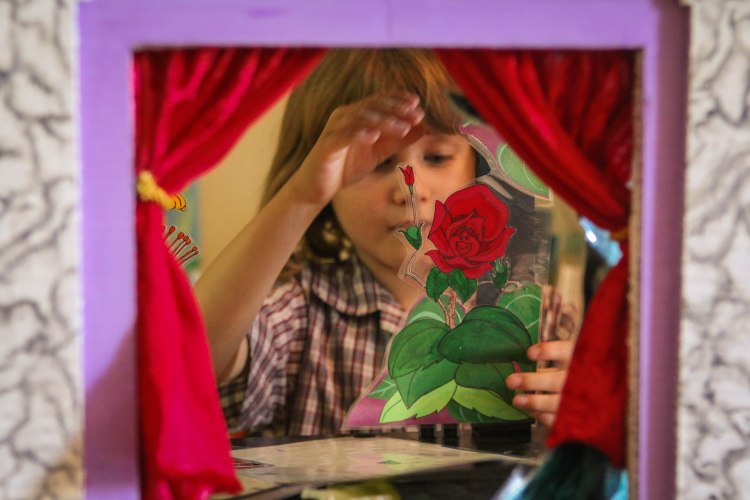 Charlotte put a tremendous amount of work and thought into this gift. But I also really enjoy that it’s open ended enough that Luella can add in her own toys and figurines as additional “characters” or change up the plot of the movies. We may even need to invest in a laminating machine so that we can create our own backdrops.

Now, while this one took heaps of time and skill to create, you could easily create a much simpler version at home with cardboard. Pinterest has heaps of ideas.

I’m really excited that Luella has developed an interest in drama. I spent my teen years heavily involved in theatre, went on to study drama and perform in university (and even a very brief semi-professional stint in a smalltown theatre you’ve never heard of) and later taught theatre classes throughout my 20s.

Though I try not to project my own goals onto my kids, I’ve always secretly hoped they’d take up theatre in some capacity. So you bet I’m going to try to extend the learning here into full plays and see where it takes us!

This site uses Akismet to reduce spam. Learn how your comment data is processed.